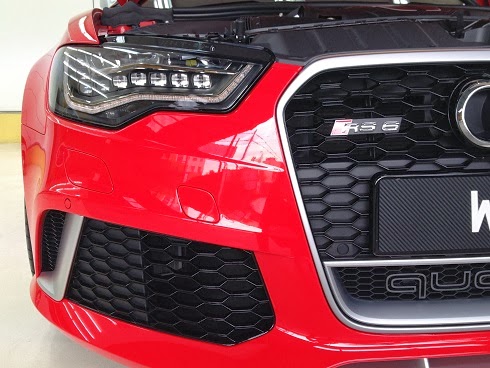 Pics below were taken by owner of a Passat CC that's meticulously cared for. The owner is a hardcore enthusiast who owns many luxury vehicles and each one is washed once every 5days. Historically, his vehicles were all detailed by my establishment using synthetic sealant as LSP (after intensive prepping), and undergo maintenance detailing every quarterly. Over 4years, none of his cars' paintwork had any problems.

When the CC was purchased, the salesmen persuaded the owner to try the new "coating" (nice commission for the salesman) and that's where the problem started. I have tested these stuff a long long time ago and have always had reservations about them, and I have cautioned the CC's owner.
The CC was sent by the salesman to a highly promoted and highly advertised establishment in Sunway.

Approx 5weeks after the 4-figure "coating" was done,  the owner called me to his house to look at the car.
It was the first time in his years of car ownership that he has encountered this "unusual problem" (his words).
The pics below'll give you a good idea of what I'm talking about.

All sorts of watermark-remover chemical were used.
Vinegar, claying, full strength APC, all kinds of mild solvents etc......to no avail.

Woolpad with Megs 105: hopeless.
Osren's aggressive "jeans pad" + their most abrasive compound : very slow progress.
Fianlly, the CC had to be wetsanded, and that removed the problem. 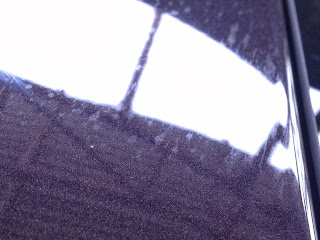 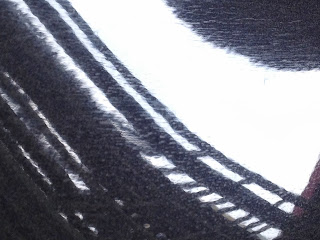 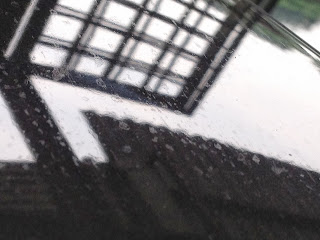 I have heard from many experienced detailing suppliers and pro detailers in the industry lamenting that watermarks appear to be a "new problem" caused by many kinds of "coatings". No one knows the actual reason/s behind this. Many have tried applying carnauba wax or any other LSP on top of the coating to protect the coating and hopefully reduce the watermark problems. To me, this is lunacy.
Paint protected by clearcoat
Clearcoat protected by coating
Coating gives problems.
LSP on top of coating to hopefully prevent problems. LOL!

I have used loads of different coatings very selectively only on specific colours and strictly for certain types of customers only. In many cases, where the vehicle was very frequently washed and well maintained, I have observed the same watermark problem.

So, my advice to my customers:

Coating is not a perfect, magical armour that protects the paintwork from everything.
Based on my experimentation, coatings are merely LSPs that remain on top of the clearcoat much longer than other LSPs such as waxes and sealants. But DURING that duration, depending on how its maintained, your paintwork might still become rough, stained and scratched.

After all, I cannot believe that coatings manufacturers are much "cleverer" than established automotive clearcoat manufacturers who spend millions on R&D and have been in the market for decades or even generations.

If a product works well in Japan or the UK, it doesn't mean it'll produce the same results here in our hot humid climate with our unique rainwater composition, and different types of contaminants.